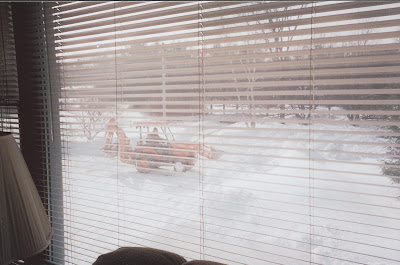 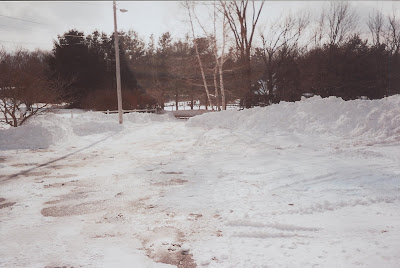 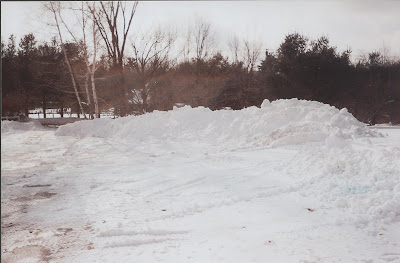 It's still January but we have had 6 snow storms since Christmas!
We have 50" of snow on the ground and another storm due the middle of this week!
We were so closed in by snow that we couldn't continue to remove snow from the front sidewalk because the blower would throw it right into the wall of snow on the side of the walk and it would fall back into it. Our plow guy, Coley, suggested that he come by with his front end loader to push and reroute the snow or he would have no place to push anymore snow this season should we get another storm, and since we have 2 months left in winter, we paid him $200 to clear the driveway and sidewalk and backup and to widen the driveway near the street, so he did that Saturday and now we're in the clear...wide open spaces now!!
This has been a tough January...certainly the Winter From Hell!
Posted by Nancy at 2:32:00 PM