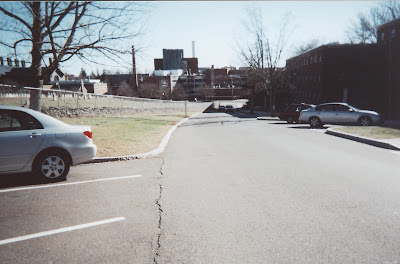 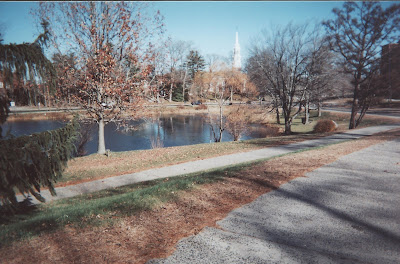 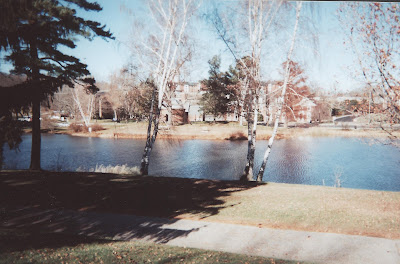 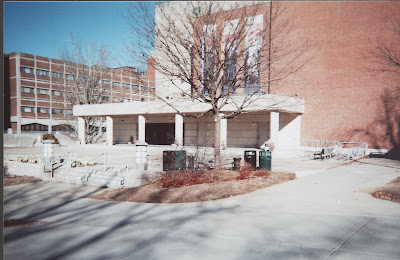 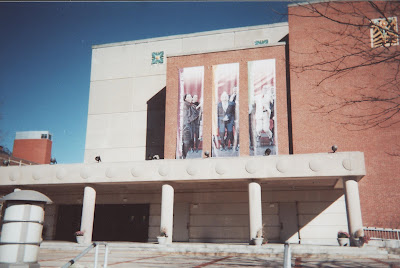 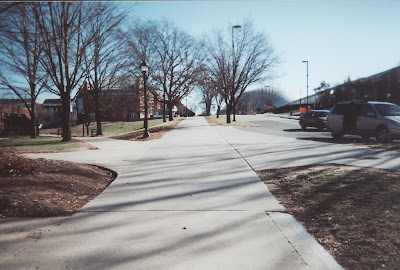 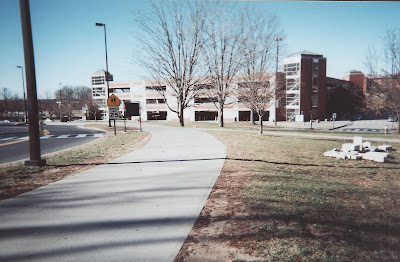 Since we have never been to the University of Connecticut (UCONN) we thought it would be necessary to take a ride before the concert to see what the drive is like and where we can park the car, etc. and Sunday we took that drive. It was a great experience...a drive through woods and farm country but not bad at all.
The first signs of civilization was when we came out of the woods to route 195 in Storrs, CT. Took a left and 1/4 mild down the road was the university campus. It was a massive lot of buildings and small streets and a place where it was easy for us to get lost!
Our first objective was to find Eagleville Rd. and we did. But we missed the first turn onto another road so had to ask a student walking on a sidewalk where Glenbrook Rd. was and we had to find a place to turn around and go back. We turned around up a hill that went around several dormitories, which is the first photo I will post. I wanted to take pictures everywhere but there was no place to stop and park the car in most locations, so on we went to find the Jorgensen Center. We came to Hillside Rd. which is the street the Center is on and passed a large dome...the campus Stadium! I had to get a picture of that, but I ran into trouble scanning it and 2 other pictures of campus buildings. My Norton Security would not let me save and extract the pictures as they seemed to raise a red flag and were thought to be some security risk. After many tries I am still not able to post the photos of the stadium, the UCONN CO-OP, and Nathan Hale Inn. Three of the most impressive buildings on campus.
We found the Jorgensen Center for the Performing Arts, and I took a few photos and up and down Hillside Rd. and the parking garage next to the Center where my husband will have to park concert night. It's a bit of a walk, so he may drop me off and park the car...we'll have to play it by ear the night of the concert. So the trip to UCONN was a must do.
I will post a few photos with regret, not being able to post all that were taken. A note: You can see the stadium dome in two of the pictures. Enjoy!
Posted by Nancy at 10:53:00 AM No comments:

An Evening with Rufus Wainwright 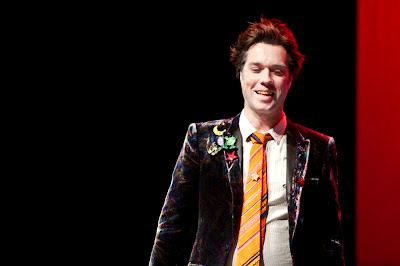 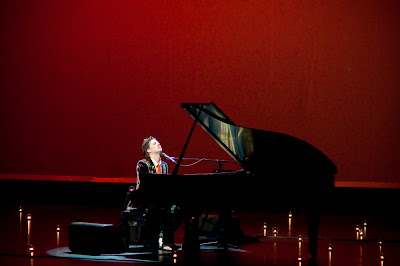 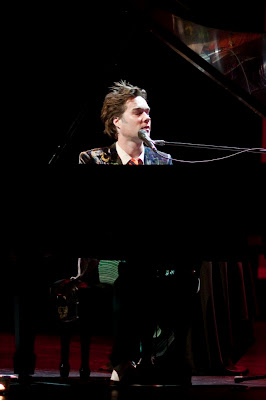 I have been a huge fan of singer/songwriter, Rufus Wainwright, for quite a while now. I recently discovered via Facebook, that Rufus will be performing at the Jorgensen Center for the Performing Arts at the University of Connecticut in Storrs on my wedding anniversary December 1oth! I looked up Storrs, CT on a map and to my surprise learned that UCONN is only an hour's drive from my home in NW RI. Wow! An opportunity I could not let pass by. I ordered tickets after viewing the seating chart at the Jorgensen Center, and I bought the whole table of four, as there are four sections in front of the stage reserved with tables in a cabaret setting, so we will be at table 17 on our anniversary experiencing "an evening with Rufus Wainwright!"
Posting a few pictures of Rufus recently performing in Canada.
Posted by Nancy at 10:39:00 AM No comments: